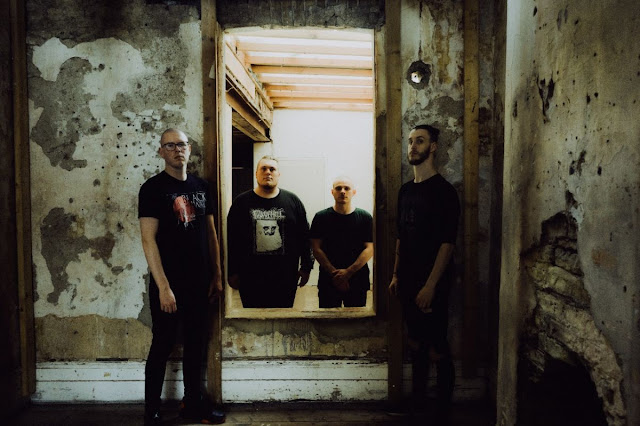 CONJURER deliver their breath-taking 2nd single "Rot". It’s a tortured, battered listening experience, and a blistering reminder of why the young band has become so praised so quickly. That a band can be at once so triumphantly beautiful and gut-punchingly heavy is a testament to CONJURER’s quality and a surefire sign of their future longevity at the top of Britain’s heavy music scene.
You can watch the powerful and unsettling music video for 'Rot' below:

The future of British metal lies in safe hands with CONJURER, who will release their long-awaited new album Páthos on 1st July 2022 via Nuclear Blast Records.
A triumphant return from CONJURER following their world-renowned 2018 debut Mire, Páthos is a band flexing their creative muscles, deepening their approach and thought, and expanding their sound.
CONJURER comment:
"'Rot' looks at the same topics of anxiety, fear, and depression that feature in It Dwells and flips the perspective/narrative. We wanted to hone in on the most visceral and disgusting parts of our sound when we were writing it and, along with the lyrics, play with the idea of giving that fear and dread a voice. (It's not very nice.)"
PRE-ORDER OR PRE-SAVE "PÁTHOS" & STREAM 'ROT' HERE:
https://conjurer.bfan.link/rot-single.ema