HUSH - The Pornography Of Ruin (trailer) 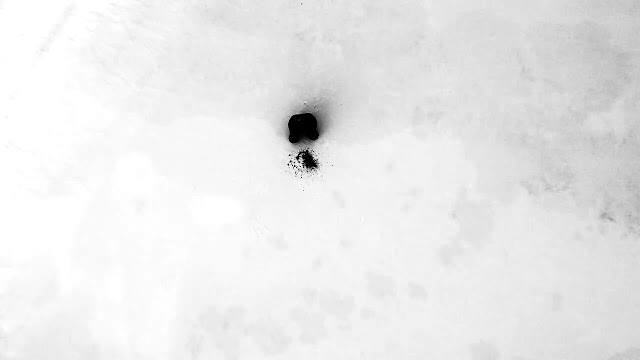 Hudson, New York-based crust-influenced sludge outfit HUSH has completed work on their third full-length release, The Pornography Of Ruin, confirming the record for June release and issuing its cover art, track listing, and a brief teaser, see below.
The Pornography Of Ruin was engineered at the band’s studio; HOVVL Audio Environment in Hudson, New York by frequent collaborator Ryan Slowey and was mastered by Jack Shirley at Atomic Garden in Oakland, California. The cover was created with photography by an urban explorer Adrian Ledezma and design by Charles Hush. Fans of Disembowelment, Corrupted, Samothrace, Grief, and Mouth Of The Architect, take note.
HUSH is formed by veterans of indie and underground bands from disparate corners of the scene and currently includes former members of From Ashes Rise, Self Defense Family, Aficionado, Endicott, and others. The Pornography Of Ruin showcases a more expanded view of their established sound by embracing more melodic elements, intense dynamic shifts, and previously unexplored vocal and atmospheric textures within each composition. Thematically, the record focuses on the concept of personal destruction and transformation; drawing heavily from vocalist/lyricist Charles Cure’s experiences in the aftermath of a 2016 car accident that left him hospitalized and unable to walk for several months.
Cure elaborates, “At the time the first song for this album was written, I was struggling to relearn how to put one foot in front of the other and confronting major personal transformations on both mental and physical levels. By the time the last song was completed, the world had become destabilized by a global pandemic as well as political upheaval and violence. With past HUSH material, we had always tried to write songs that captured a sense of impending disaster at a macro/abstract level, but at a remove from our personal lives. With The Pornography Of Ruin, given the environment we found ourselves in, that approach didn’t seem useful anymore so we took those same ideas and personalized them on a deep level. I think the songs really communicate the feelings of helplessness and loss that were pretty universal to our experience of the last few years.”
The Pornography Of Ruin Track Listing:
1. I Am Without Heaven And A Law Unto Myself
2. Above Your Head They Close Like Giant Wings
3. There Can Be No Forgiveness Without The Shedding Of Blood
4. By This Are You Truly Known
5. And The Love Of Possession Is A Disease With Them
6. The Sound Of Kindness In The Voice
7. At Night We Dreamed Of Those We Were Stolen From
https://hushdoom.bandcamp.com