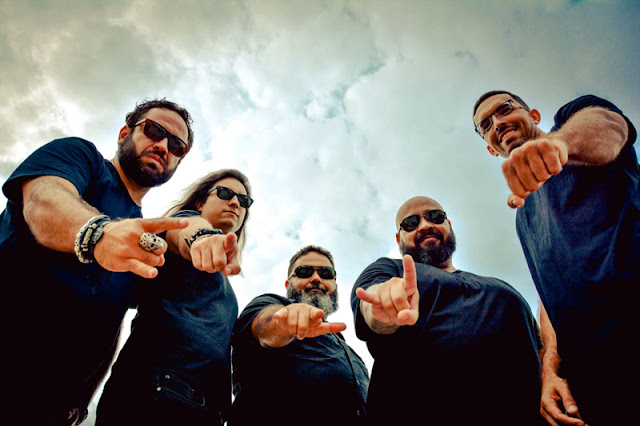 After the release of their long-awaited second EP, the Hard Rock/Classic Rock quintet from Rio de Janeiro KLINSH, has recently released the music video for the title track of their new EP entitled "Siga Em Frente" (in english "Go Ahead"), already available on all digital platforms since the end of March and which pays tribute to - and praises - all women of the XXI century.
Watch the music video below:
The band is formed by Lito Ferreira (vocals), Lucas Coelho and Everton Freitas (guitars), Rodrigo Paixao (bass) and Jorge Braz (drums),
The track theme "Siga Em Frente" was inspired by a friend of the singer Lito Ferreira who was suffocating in pessimistic thoughts and negative questions about her appearance after the breakup of a relationship, that is, another great woman who needed only affection and good advice to try to move forward always with a positive perspective of life. Who says Rock 'N' Roll can't make you move on?
www.klinsh.com.br