PADDY AND THE RATS - Party Like A Pirate [music video] 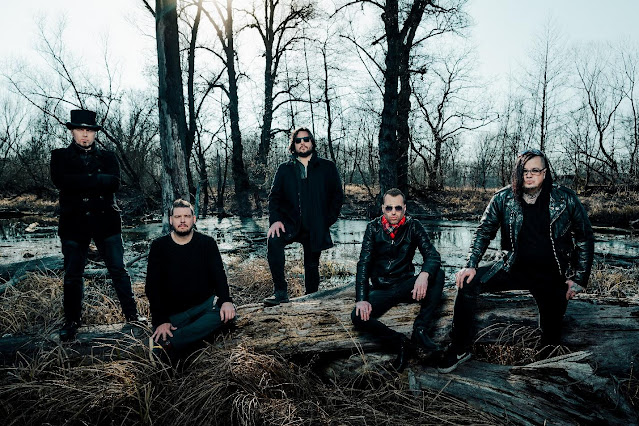 With their eyes set on the release of their new studio album, From Wasteland To Wonderland, on April 29, Hungarian Celtic-style punk outfit PADDY AND THE RATS let their third single sail out to sea and deliver yet another preview with the smashing party-hymn, “Party Like A Pirate”. The massive album highlight heats things up by delivering deep and hysterical backing vocals, catchy polka and pipe elements. It’s impossible to sit still, so just crack a beer and swing along!
Paddy And The Rats on “Party Like A Pirate”:
“We shot the video in Tenerife in famous places like the Volcano Teide and the classic pirate village in Maska. The story starts on a pirate ship where a bunch of pirates have a party and bully a witch who curses the pirates to wake up in the present. They try to understand the modern world which leads to very funny situations. The song is a typical PADDY AND THE RATS party song –  causing the urge to dance in everyone who listens to the catchy melody.”
Watch the official video for “Party Like A Pirate” here:

With their six full-length, PADDY AND THE RATS serve a top-notch pirate party fueled by a heavy dose of Punk, Polka and Folk, turning the world into a giant pub! This Irish influenced sound will assuredly bring up the urge to slam down a cold one while swinging happily along arm in arm to the beat! Formed in 2008 by singer and songwriter Paddy, the untamed unit have built a respective name within the scene due to hard work and extensive touring all over Europe – with more than 400 shows including at the world famous Wacken Open Air and the Sziget Festival. For the new album, they teamed up once again with producer Zoli Baker. The artwork was designed by Jill Colbert, who has also worked with bands like Alestorm, Exodus and Wintersun.
Pre-Order From Wasteland To Wonderland NOW:
https://www.napalmrecordsamerica.com/paddyandtherats