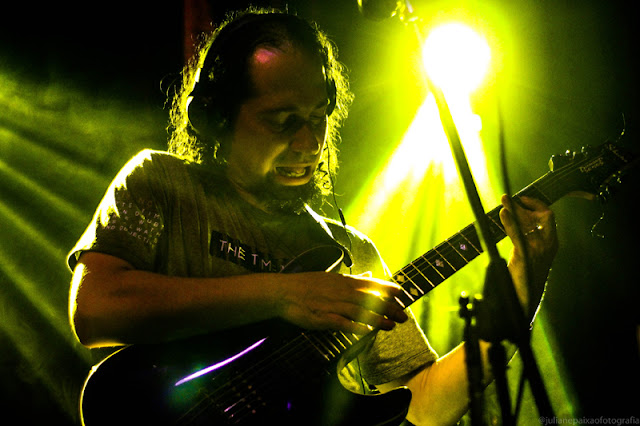 Luiz Oliveira, distinguished Brazilian guitar player from Santos/Sao Paulo and currently one of the great references in the instrument, will release "Ohana", his conceptual and eclectic album as a solo guitar player, on April 30th in all streaming platforms. This album was born after the awakening of his paternity feelings, walking through the harmonies of Jazz, Fusion, the subtleties of Brazilian music connecting with the energy and complexity of improvisations of Blues and Rock.
Watch "Síria St. (The Konnakol Song)" at:
Watch "Last Summer Night" at:
Make your digital Pre-Save now at https://onerpm.link/927572679294
"Ohana", a Hawaiian term that means family (encompassing not only ties of kinship, but also those through our choices, all cooperating with each other referring to the idea of a tribe), has 9 tracks inspired by the great and classic Progressive Rock albums releasedd over the decades. Totally family-oriented, each track is dedicated to a specific musical study, such as hybrid techniques, DADGAD tuning, fingerstyle, hybrid picking, and the incorporation of 'Melting Guitar', a technique developed by the musician himself.
Add to that challenging and intricate harmonies, lots of improvisations and sound intentions that invite the listener on a musical journey. It is, without a doubt, Luiz Oliveira's most emotional and ambitious work in terms of musical challenges, with riffs, grooves, harmonies and technical solos, proposing a fusion of many musical styles without losing its sound identity.
Fore more info visit:
https://facebook.com/luizoliveiraguitar