THE HERETIC ORDER drops "King Of The Damned" music video 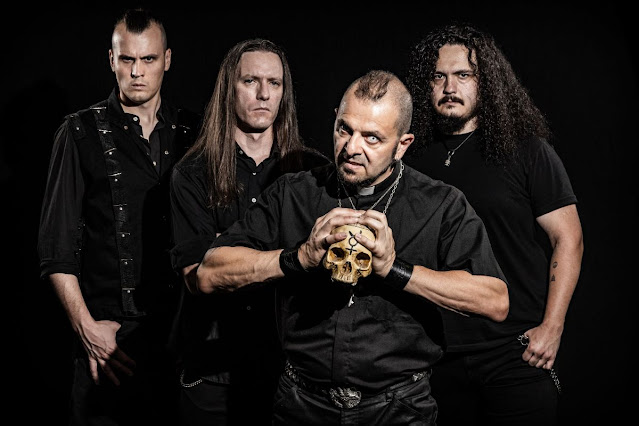 The occult metal band THE HERETIC ORDER has released its new single "The Conjurer" today - and it is accompanied by an official video. Watch below:
THE HERETIC ORDER will release their third album, "III", on May 27th via Massacre Records - on which furious guitars and thunderous drums herald a pack of faster, meaner, and heavier songs, which still drip malignant venom into the listeners consciousness.
You can already pre-order the album here » https://lnk.to/thehereticorderIII
The album was mixed and mastered by Guillermo "Will" Maya, whereas the cover artwork has been created by the band's vocalist Dominus DF Ragnar and fivemiligrams Artworks. Guest musicians on THE HERETIC ORDER's new album "III" include Jeremy Gomez of Red Method as well as Ays Kura of Die Kur.
http://thehereticorder.com