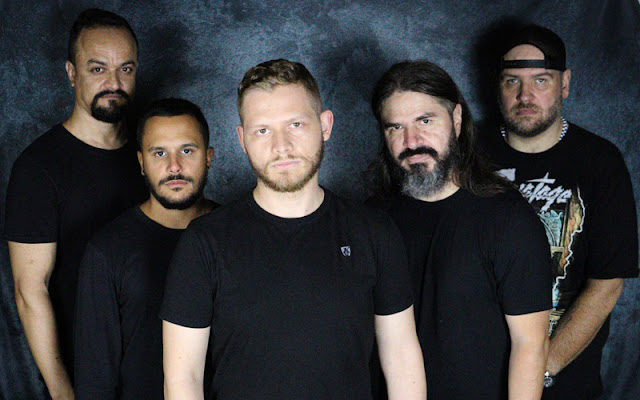 Sao Paulo-based Heavy/Thrash Metal band TRENDKILL INC. has released its new music video for the track "Shattered Life". Produced by the band and edited by new member Diego Veras (guitar), it shows footage taken from the first shows, as well as pre-show, in a fun and stripped-down way. "Since I joined the band the idea of making a music video for "Shattered Life" was, with some insistence of our advisors, always on the agenda, but we bumped into the issue of budget and ideas" said Diego, who, according to the rest of the band, fits perfectly in the group. "Shattered Life", track that closes the debut self-titled EP released by the band in December 2021, in the vision of the musicians, is one of the best of the work for having a fulminating tempo that remains throughout the melody falling into a more melodic cadence in its chorus. "It is typically music to close shows with blood in our eyes", added Alexandre Fontana (drummer).
Watch "Shattered Life" at:
The initial idea for "Shattered Life" was going to be a music video that connected with the lyrics, but with this return of shows the band preferred something more 'Rock N' Roll' with both feet on the chest. "Unfortunately, every band starts with two feet in the underground, without funding or any external incentive, so at this moment we wanted to do something simpler, more objective and that clearly shows how we are enjoying this new phase, more mature, focused and in tune that we are living", enthuses Sandro "Murdok" (guitar) and Sandro Cezzar (bass).
The eponymous debut EP, released on December 12th on all traditional digital platforms and also on physical CD, has five powerful tracks with a lot of punch and riffs that are a hybrid mix of influences from traditional Heavy Metal and more modern Thrash Metal, exploring everyday themes, social and even philosophical issues with a lot of identity.
Get your physical CD at https://tinyurl.com/y8n2hkx3