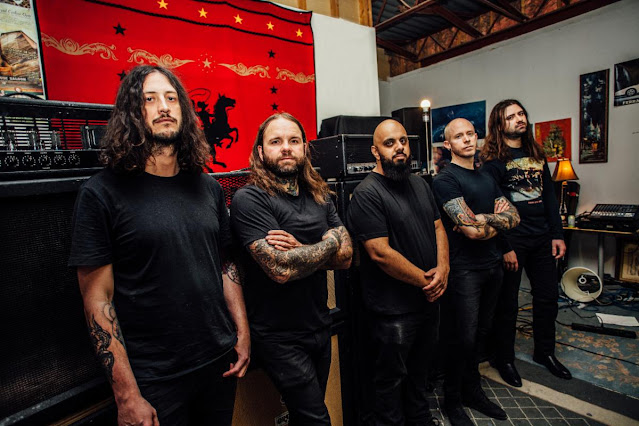 Never a band interested in repeating themselves, WAKE has evolved with every release. 2020's Devouring Ruin made this clearer than ever, hammering the point home with the Confluence EP in the same year, and now they return with Thought Form Descent - their most dynamic, diverse and emotional release to date. "I'd describe the record as a place to reconsider what 'extreme' means. The words 'brutal', 'crushing', 'devastating' are overused adjectives for extreme music. We wanted to force people to confront the idea that 'brutal' or 'extreme' ideas aren't just blastbeats or angular tritones, or, more importantly, 'brutal' elements alongside pointedly passive elements can create their own experience that can channel both and neither." The result is eight nuanced tracks that run the gamut from relentlessly heavy to exquisitely beautiful - often simultaneously - and instantly grab hold of the listener, demanding their full attention. However, at the same time, they are lushly textured and densely layered, and offer more with every subsequent exposure, unfurling to show hidden depths, and taking WAKE to a whole new level.

For a first preview of the album, a new video for the single "Swallow the Light" (directed by Michael Jari Davidson// can be viewed below:

3. Mourning Dirge (Repose of the Dead)

5. Venerate (The Undoing of All)

7. Bleeding Eyes of the Watcher

8. The Translation of Deaths

For fans eager to hear the latest from WAKE, the band will be on the road across North America - starting this week! - with Misery Index, Origin, and Wolf King. See below for all dates.

May 7 - Indianapolis, IN - Emerson Theater

May 9 - Toronto, ON - Velvet Underground

'Thought Form Descent ' can be pre-ordered at: http://metalblade.com/wake