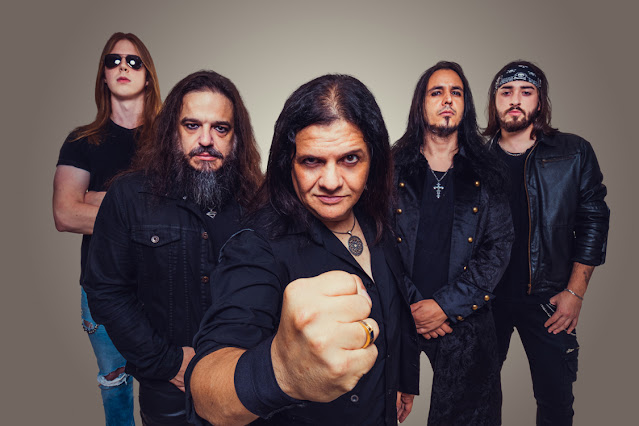 The Danish record label Lions Pride Music has recently released "Breaking The Chains", first single from "Voyager", new and audacious fourth studio album from one of the most promising, relevant and important Brazilian Hard Rock/Melodic Rock bands of the last decade: MARENNA.
"Voyager" will be released on September 30 in physical CD/streaming, and will bring 11 songs (and an exclusive bonus track for the European physical edition) overflowing energy and identity added to a crystal clear and current production. "Breaking The Chains", the opening track, represents very well this new more mature phase that the band has been developing in recent years, and brings the striking touch of Marenna's concise DNA inserted in a well-balanced mix of heavy elements of Heavy Metal and Melodic Rock in high doses of melody.
Check out "Breaking The Chains" at:
"Breaking The Chains" consolidates the current lineup of Rod Marenna's (vocalist/leader) solo band, highlighting the work of arrangements, base guitars and musical production headed by Mauro Caldart, Rod's longtime partner in other works, as well as the debut of Edu Lersch on solo guitar. It's theme deals with limiting beliefs that challenge one's perseverance and resilience, with very dense stanzas and a highly melodic and strong chorus to sing along.
The energy, typically 80's choruses and the sound influenced by the great past bands (also current ones) make "Voyager" one of the most awaited albums of this year.
www.marennaonline.com