Brazilian metal band CHAOSFEAR release "Could You Be Loved", originally by Bob Marley 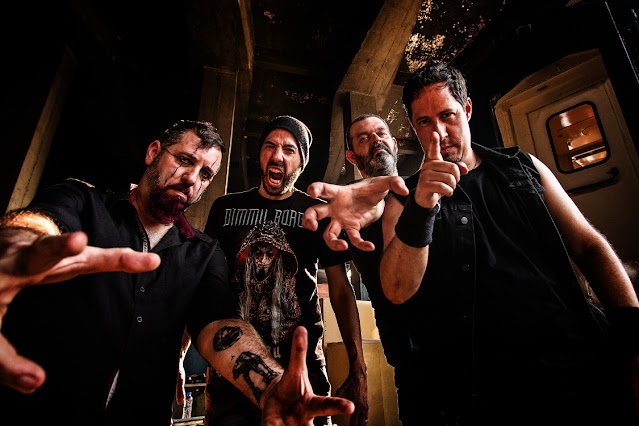 Secret Service Records, which has already become a reference in releasing high level tribute albums to great names of Rock/Metal with only Brazilian bands of unquestionable quality, has recently released "The Best Noise Ever... The Brazilian Metal Tribute To 80s", a metal tribute to great classics of Rock, Pop and New Wave from the 80s, the golden decade for many.
Among the 31 bands present, the band from Sao Paulo, CHAOSFEAR, appears with an unusual and challenging version for the timeless classic "Could You Be Loved", originally recorded by Bob Marley, in a version that respects the original structure, but full of groove, heavy sound and following the Chaosfear standards. For being a band that doesn't like to settle living in a comfort zone, the words "unusual" and "challenging" are part of Fernando Boccomino's (vocals/guitar), Eduardo Boccomino (guitar), Marco Nunes (bass/producer) and Fabio Moyses (drums) DNA. Because of this, they have achieved a perfect mixing between Reggae, Pop, Rock and, of course, lot's of metal!
Listen to "Could You Be Loved" at
CHAOSFEAR is currently composing and recording new material for an unreleased authorial release very soon, but to all those who know their trajectory know that when these four guys get together, the range of possibilities, influences and challenges within their art in Rock/Metal are endless!
https://www.facebook.com/chaosfearofficial