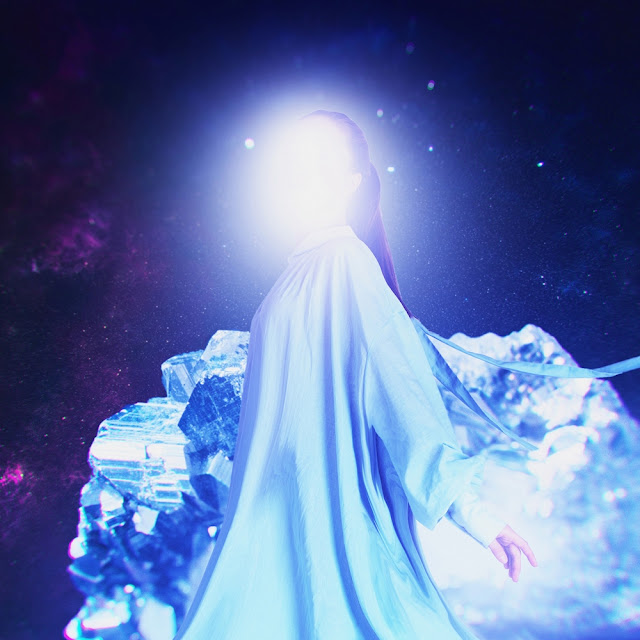 Before their upcoming album "Next Forever," Thy Veils releases 'Lina Luna,' a beautifully constructed song akin to the band's recent releases. Hovering somewhere between ambient, experimental, and techno, the band's records are as elusive as they are absorbing.
Thy Veils has a way of making genre distinctions look meaningless, as they produce a cosmic atmosphere around Maria Hojda's ethereal vocals. The band has always found new ways of using sounds as elemental and subtle forms of communication, accommodating many levels of listening attention without enforcing one in particular.
In a statement, the frontman Daniel Dorobantu said, "For 'Lina Luna,' as well as for the entire new album, most of the production research went towards building a harmonious and coherent sonic universe, where a lively density of sounds, rhythms, and musical ideas interact and weave a multidimensional tapestry of storytelling."
As you dive into 'Lina Luna,' you can practically taste salt in the watery sounds and explore certain feelings along its serene yet engaging trajectory. Evoking the endless universe and pure openness of the skies, 'Lina Luna' is a song that is easy to get lost within, offering the much-needed escape from ourselves.
With 'Lina Luna,' the band introduces Maria Hojda's musical vision. Her voice takes center stage, but not in a way you might expect given her vocal background. Her signature is marked by the striking intimacy and distance, feeling like she's whispering in your ear while you are numb.
Thy Veils approaches music with a different ear than most. Even more than before, Thy Veils finds a way to share a subtle tacticity to their ambient/electronic wizardries, allowing new shapes to be observed and universes to be opened with their mind-bending and dreamy soundscapes.
'Lina Luna' is accompanied by an incredible 4k video, which seems to impart the innate human desire to press pause on life's most impactful moments to take a peak.
https://www.facebook.com/thyveils/
@thyveils