MARENNA have released their newest video "Breaking The Chains" 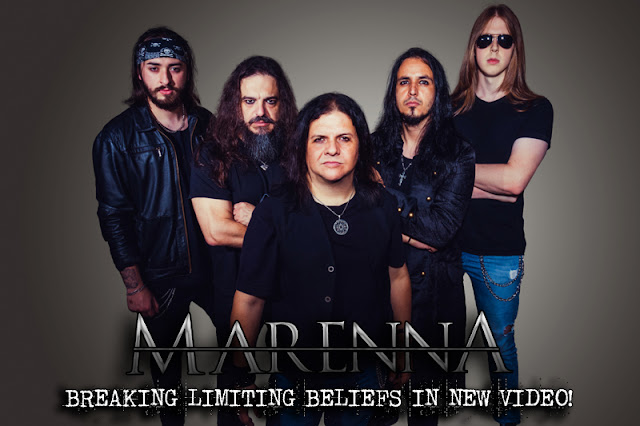 Brazilian Hard Rockers of MARENNA, one of the most important and promising bands of the South American Hard Rock/Melodic Rock scene in the last decade, and who have announced for September 30th the release of their fourth and most audacious new studio album entitled "Voyager" via Danish label Lions Pride Music, have released their newest music video and the track chosen was the exciting and vibrant "Breaking The Chains"!
Check out "Breaking The Chains' below:

"Breaking The Chains" consolidates the current lineup of Rod Marenna's (vocalist/leader) solo band, highlighting of the arrangements, base guitars and musical production headed by Mauro Caldart, Rod's long-time partner in crime, as well as the debut of Edu Lersch on solo guitar. Its theme deals with limiting beliefs that challenge one's perseverance and resilience, with very dense stanzas, a highly melodic and strong chorus to sing along to.
About the music video, Edu Lersh commented saying that "the feeling of recording it and being able to participate in the whole process until its release was indescribable, just as it was in the composition and recording of "Voyager", our new album. I hope everyone will enjoy the solos and melodies I created to further brighten the whole work."
Singer and leader Rod Marenna commented that "the idea behind the video was to transcend the energy of the music and lyrics into images, using special effects to show that we have a great energy inside of us, but many times we don't explore it in the right way because we are stuck in limiting beliefs."
Luks Diesel (keyboards) and Arthur Schavinski (drums) were also very important in the process as they were coauthors on "Voyager" and especially on "Breaking The Chains".
"Each person has a musical reference, a way of thinking and composing. When three people come together and compose a great song like "Breaking The Chains" it is a sign that there is a musical synergy that enhances the work even more, and it is very cool to be able to be part of this force", commented Luks Diesel.
"The song "Breaking The Chains" came up quickly in our songwriting meetings between Luks, Rod and me, in a half lost guitar riff, with Luks creating a melody on the keyboard, me accompanying him on drums and Rod already solfeiting some random ideas. This is how one of the best tracks of this new phase of the band came up, a real Marenna classic, in my humble opinion, was created!", added Arthur Schavinski.
Pre-order (digital and physical CD) at:
www.catapultdistribution.com/magnet/Marenna/Voyager