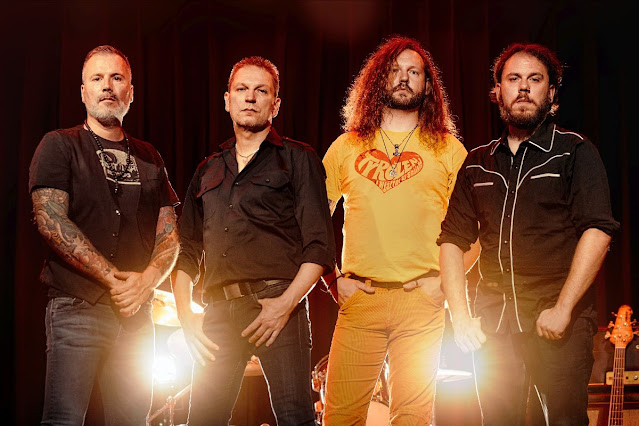 The classic/heavy rock band MIDNIGHT RIDER has released the title track of their brand new album "Beyond The Blood Red Horizon" as a single!
The song is accompanied by an official video that's available for your viewing pleasure on
MIDNIGHT RIDER's upcoming album "Beyond The Blood Red Horizon" will be released on October 7, 2022 via Massacre Records, and will be available as CD Digipak, limited edition vinyl LP as well as in digital formats.
The band's upcoming album perfectly catches the vibe of the 70's heavy rock era, and is a must-have for fans of Budgie, Rainbow, Black Sabbath, Judas Priest or Led Zeppelin!
Pre-order » https://lnk.to/beyondthebloodredhorizon
CD Digipak
1. Beyond The Blood Red Horizon
2. Majestic Warfare
3. No Man's Land
4. Time Of Dying
5. Intruder
6. No Regrets
7. Rising Dawn
8. Demons
9. Your Parole
10. Always Marching On
https://www.midnight-rider.de