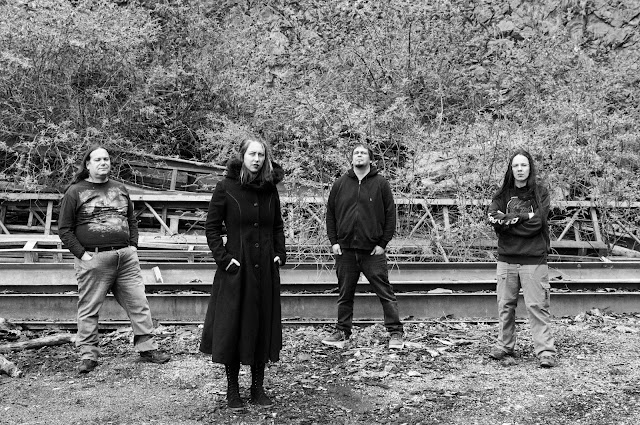 LETHAL TECHNOLOGY Debut album 'Mechanical Era' to be released this fall.
About 10 years after a first EP released under the monker of Seventh Wave, Swiss death/thrash/indus-metal crossover four-piece Lethal Technology is about to give birth to its debut full-length effort called 'Mechanical Era' and planned for a CD & Diigtal release this fall.
In the meantime, the band shared a first look of this upcoming effort with the official music video of the single "Factory" available right now on YouTube.
Founded in Collombey in Valais, Switzerland in March 2011 by guitarist Cedric Ferret under the moniker of Seventh Wave, the band released a first EP called 'Programmed World' in May 2012 which will allow the band to play as an opening act for bands like Dagoba and to perform in France and Belgium.
In April 2017 the band splitted up but in July of the same year the bassist Julien Dulex joined Cedric Ferret to continue the adventure but this time under the name of Lethal Technology.
The two musicians worked on the composition of several tracks and chosed to program the synthesizer and drum tracks. Then LT has been joined be joined in February 2019 by the guttural singer Jade Hänni who quickly started laying down her first vocal lines.
After a few months of research, the Valaisan combo incorporated to its line-up the lyrical singer Sofiane Thoulon who comes from the world of classical and opera so as much to say that the contrast is quite clear. Then, it is Xavier Boscher, former guitarist of the band Misanthrope, who took the position of solo guitarist to participate in the first album.
From then on, the musicians started a huge production work in order to release the first album of the band which will see the light on Fall 2022.
For fans of Fear Factory, Strapping Young Lad, Devin Townsend, Dying Fetus...
https://www.facebook.com/Lethaltechnology