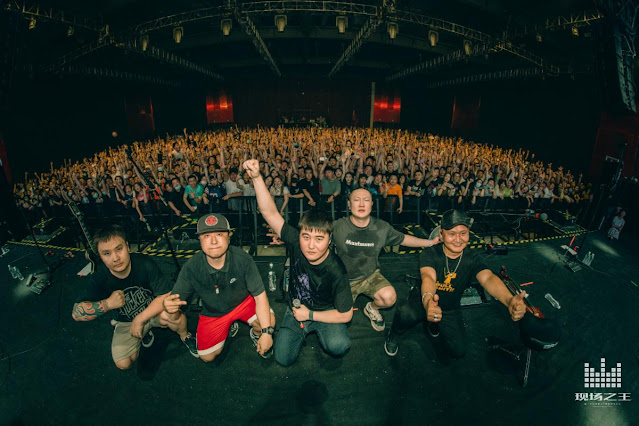 Few bands can claim to have an identity and sound as remarkable as Nine Treasures. The quintet - whose members derive from the autonomous region of Inner Mongolia, China - will finally return to the USA this November, for a special run of shows with Rochester's Haishen! See below for all dates and ticket links: 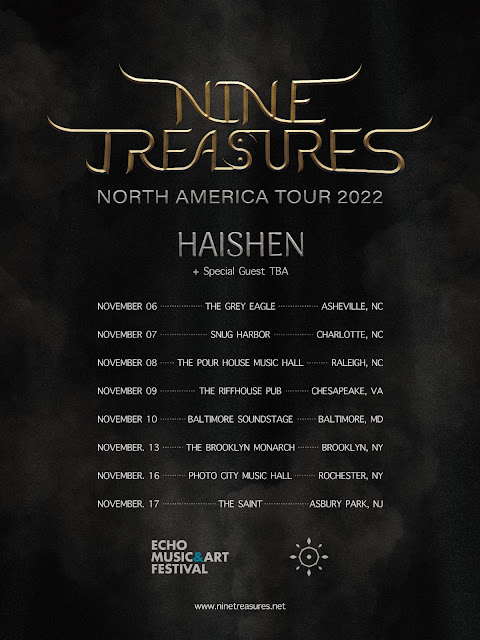 Nine Treasures North American Tour 2022
w/ Haishen + special guest TBA
Nov. 6 - The Grey Eagle @ Asheville, NC - http://bitly.ws/ungk
Nov. 7 - Snug Harbor @ Charlotte, NC - http://bitly.ws/ungr
Nov. 8 - The Pour House Music Hall @ Raleigh, NC - http://bitly.ws/ungv
Nov. 9 - The Riffhouse Pub @ Chesapeake, VA - http://bitly.ws/ungw
Nov. 10 - Baltimore Soundstage @ Baltimore, MD - http://bitly.ws/ungx
Nov. 13 - The Brooklyn Monarch @ Brooklyn, NY - http://bitly.ws/ungA
Nov. 16 - Photo City Music Hall @ Rochester, NY *ticket link coming soon
Nov. 17 - The Saint @ Asbury Park, NJ *ticket link coming soon
Three albums, millions of streams and several European tours and festival shows (Wacken Open Air, Woodstock Poland) later, Nine Treasures are well on their way to accomplishing their goal of a Mongolian metal revolution. For vocalist/guitarist and founding member Askhan Avagchuud, it's the way the band harnesses their distinctive take on heavy music that sets them apart. "It's always been about the music with us," he says. "When I started this band, I had no idea how things worked, and I thought it was all about marketing, promotion and fancy videos, but after 10 years of doing this, I've realized that everything revolves around the music itself. That's why our focus is on making our music as great as it can be - we're constantly progressing."
The music Askhan speaks of is a unique combination of old school heavy metal and traditional Mongolian music, which sees Nine Treasures utilize both conventional vocals and Mongolian throat singing. Likewise, guitars, bass and drums collide with traditional string instruments such as the balalaika and the morin khuur, resulting in a sonic kaleidoscope that follows no set template. Unlike much of contemporary rock and metal, there are no rules when it comes to Nine Treasures, and that makes the quality of the band's output all the more impressive.
https://www.facebook.com/ninetreasuresofficial